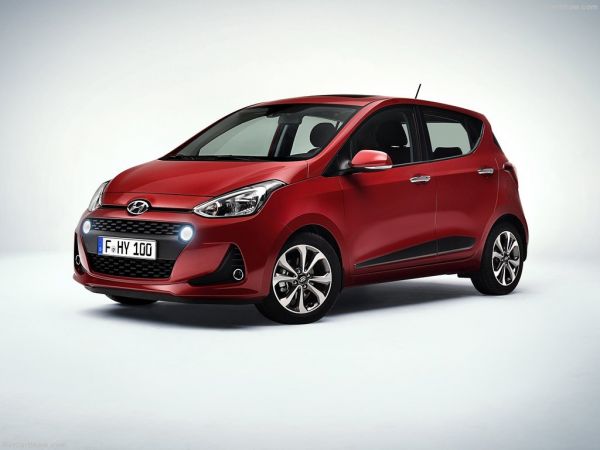 The Hyundai i10 is the Korean company’s smallest car and it competes in the chic urban run-around segment alongside the likes of the Volkswagen Up/Skoda Citigo/Seat Mii trio, the Citroen C1/Peugeot 108/Toyota Aygo group, its own closely-related Kia Picanto cousin, and the Renault Twingo/Smart Forfour machines. The Hyundai stands tall among this crowd – tall enough, perhaps, to be considered the leader of its field. The i10 is offered purely as a five-door hatchback, with a choice of two normally aspirated petrol engines driving the front wheels. Gearboxes are a five-speed manual or a four-speed auto, and the i10 is covered by an excellent five-year, unlimited mileage manufacturer warranty. Hyundai mildly facelifted the car in late 2016 and added optional extra safety equipment on higher specification cars.

Did you know? Most Hyundai i10s are five-seaters – with the exception of the SE Blue eco-model, which is only fitted with two seatbelts in the rear.

The Hyundai i10 is one of our favourite city cars – if not the best thing in its class. Considering it is up against the Volkswagen Up, that’s some high praise, but we’d go even further and say the i10 is preferable to quite a lot of the larger B-segment hatchbacks too. It’s a really clever piece of packaging, it’s incredibly refined for such a small car, and it looks pretty smart inside and out. The i10 lacks the funky personalisation options some rivals in this segment offer and it’s a shame there’s no diesel option, but that’s about where our criticism of the i10 starts and ends. This is one of the Korean company’s strongest, most likeable products and it should be top of anyone’s list if they’re looking for a superb sub-supermini machine. 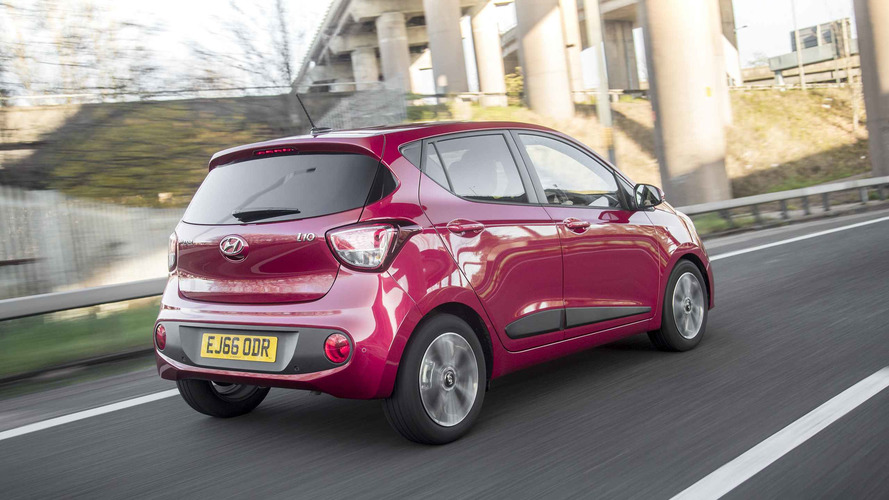 Some interior plastics a bit cheap

Not much in the way of personalisation

We might almost have given the car full marks here, if not for two things: one, the facelift of 2016 made the previously simple but crisp design of the i10’s front end look a little more fussy, with the round LED daytime running lights of higher specifications incorporated into the new ‘descending grille’; and two, the light clusters and placement of the number plate at the rear have always made the i10 reminiscent of the original Toyota Yaris (1999-2005). Other than that, though, the i10 is a lovely-looking little thing with a general elegance about its shape. It looks fine on its smallest wheels and it’s also quite clearly a Hyundai, which speaks volumes about the distinct aesthetic identity the brand has built up. Some might lament the fact you can’t option the bodywork up with chintzy stickers or a contrasting colour roof, but that’s hardly a deal-breaker when it comes to considering the i10. 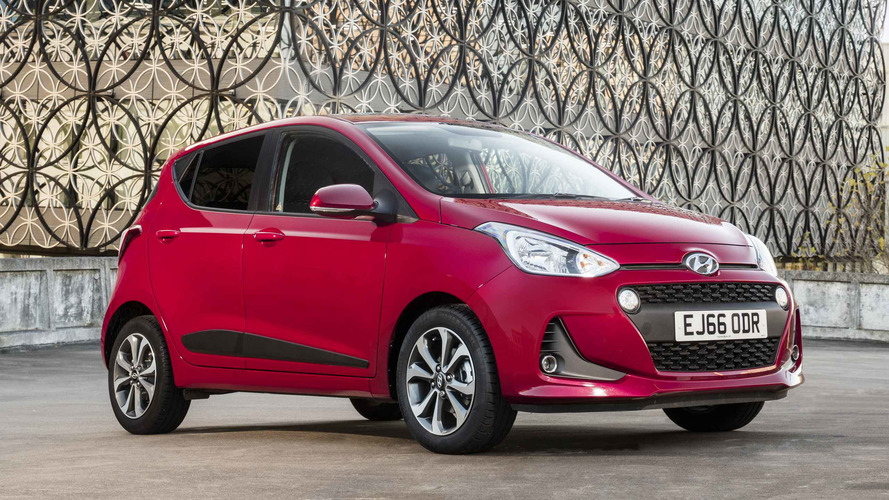 There are one or two plastics within the Hyundai that betray its cost-effective build principles, yet in general, the dashboard looks and feels like a quality item. Better still, while the exterior might lack personalisation options, the interior can be had in three different two-tone colour schemes. The most sombre, black and grey, comes on all specifications and with all exterior colours, but the red and black, and blue and black offerings definitely lift the ambience by coating the seats and bits of the dash/console in the brighter colours. They’re not available on the base cars or the eco-special SE Blue, and they can only be specified with certain hues for the body (five choices for the red, six for the blue), yet we think they’re worth having as they make the otherwise plain interior of the i10 feel quite special.

The driving position is nice and high, giving good visibility, and all but the entry-level cars have a height-adjustable driver’s seat as standard. The steering wheel can be moved up and down, but not in and out, while the passenger seat doesn’t get height adjustability on any i10. There are bottle holders in all four door pockets and the centre console, while there’s also a useful storage cubby ahead of the gear lever. The biggest strength here is rear space, as the Korean is one of the most accommodating cars in the segment; two reasonably tall adults could sit in the back seats for short journeys without too much discomfort, although Hyundai itself admits the rear bench would be better served carrying younger children – the i10 is aimed at new families on a budget, rather than being a car that can genuinely carry a quartet of six-foot adults all the time. The rear doors do, however, open wider than most others in the sector.

The boot, at 252 litres with all seats in place, is (just) the largest in class. A set of 60:40 split folding rear seats are found on every i10 and they increase the cargo area to a deeply impressive 1,046 litres. The seats lie flat enough, but there is a step up to them from the boot floor, and there’s quite a high loading lip too. Bear in mind the desirable SE and Premium/SE trims have smaller boots, rated at 218- and 1,012 litres, as they carry a spare wheel. 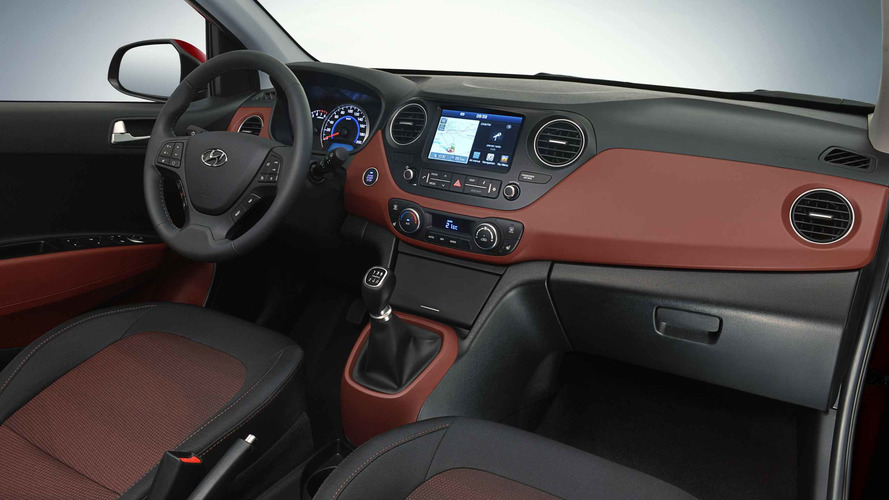 The i10 has an impressive level of standard kit when held up to its peers. All cars get an RDS radio with MP3 compatibility, USB and aux-in connectivity, and a trip computer. The base S i10 has to make do with just two front speakers, but all other models have four speakers with a pair added in the rear – and Bluetooth, DAB, and a multifunction steering wheel with audio and phone controls all appear above S level. The absolutely top-spec Premium SE has a seven-inch infotainment touchscreen featuring navigation and Android Auto/Apple CarPlay compatibility; the level down, the Premium, has a smartphone cradle on top of the dashboard so you can use your device as an impromptu aftermarket ‘touchscreen’, if you so wish. 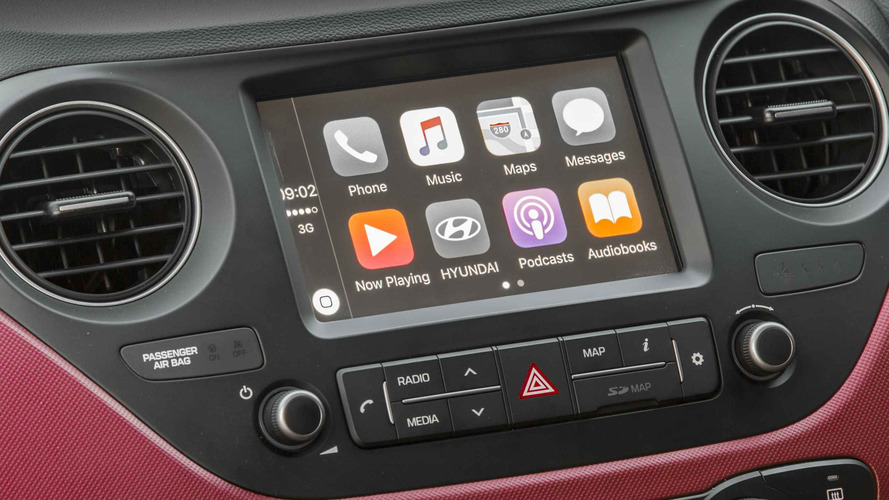 Two petrol engines make up the i10’s motive power, with no diesel offered. There’s a 1.0-litre, three-cylinder motor with 66hp and 70lb ft, or a 1.2-litre four-cylinder with 87hp and 89lb ft. No i10 is quick, 0-62mph taking between 14.9- and 12.1 seconds, while only the 1.2 can get past 100mph, but as both engines are only shifting a car that weighs around a tonne, performance is perfectly adequate. The 1.0-litre engine is smooth, happier to rev, and more charismatic, but many will find they want the extra punch of the 1.2 for motorway work.

There’s a five-speed manual gearbox as standard on all cars, with a four-speed auto as an option on the 1.2; we wouldn’t bother with that unless you absolutely need it, as it does nothing for economy or performance and it costs extra. Handling on the i10 is actually quite enjoyable – the steering lets the side down with its inconsistency, but otherwise, the Hyundai is dynamically well-sorted.

However, its real forte is refinement unparalleled in the sector. Hyundai proudly says the i10 is up to 6dB quieter than its nearest competitor and as decibels are on a logarithmic scale that means the i10 is more hushed than its rivals by something like a factor of five. This shows at higher speeds, where the stable and muted Hyundai – also blessed with a marvellously comfy ride – feels like a car from a bigger class. Even the Volkswagen Up can’t match this level of refinement and it’s the reason we love the Hyundai i10 so much. 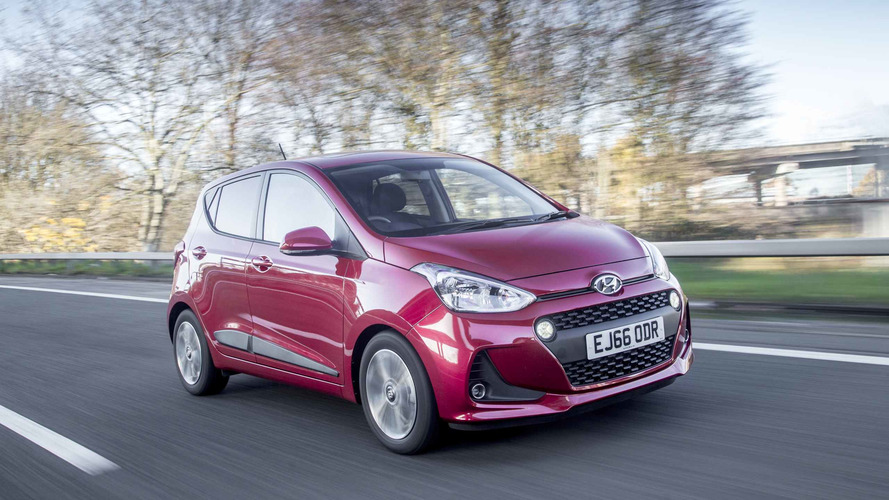 Don’t be fooled by the i10’s apparently underwhelming four-star Euro NCAP rating – it was tested in 2014, under more stringent rules, so the fact the Volkswagen Up and its related cars have a five-star rating (gleaned via more relaxed examination in 2011) is not as clear-cut as it first appears.

During the 2016 facelift, Hyundai added an optional Driver Assist Pack for most models, excluding the S and SE Blue variants, which bundles Lane Departure Warning and Forward Collision Warning together to improve the i10’s safety credentials.

All i10s have ABS with Brake Assist System, ESP, six airbags, two ISOFIX mounting points in the rear, a tyre-pressure monitoring system and Vehicle Stability Management. The Premium cars also get Emergency Stop Signalling and Hill-start Assist Control. Any way you cut it, that’s a generous safety spec for a city car.

Something to consider – the basic S and economical SE Blue have tyre repair kits in their boots, rather than the space-saver spare wheel found on other i10s. 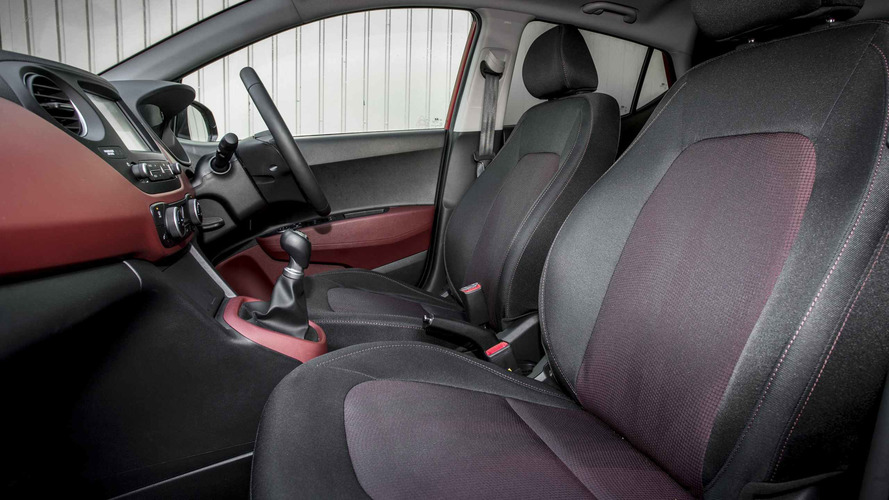 There are nine colours, two solid finishes, four metallic shades and three pearl coats. Only the flat paints are free, and they are Polar White and Morning Blue. Whether you opt for metallic or pearl, the price is the same – choose from Sleek Silver, Stardust Grey, Aqua Sparkling, and Iced Coffee (all metallic), or Phantom Black, Mandarin Orange, and Passion Red (all pearl).

We mentioned earlier that the two-tone colour schemes were restricted to higher trims and certain exterior finishes: for no extra cost, you can have a red and black, or blue and black cabin with four body colours – Polar White, Sleek Silver, Stardust Grey, and Phantom Black. The red and black interior can also be paired to Passion Red, while the blue and black interior is available for Aqua Sparkling and Morning Blue cars.

We’ll skip SE Blue and go straight to Premium, which ramps up the equipment count. The wheels remain 14s, but are now alloys, while climate control, door mirror-mounted indicators, front fog lights with a static cornering function, a leather-trimmed gear knob and steering wheel, LED DRLs, and privacy glass are all lumped in. Premium SE has a specification that shames some much bigger cars, as among features such as 15-inch alloys and rear parking sensors, it also comes with heated front seats and a heated steering wheel, and an electric tilt and slide sunroof – often a cost option, even on luxury vehicles.

SE Blue is the range’s eco-warrior. It takes the SE specification and gets rid of the space-saver spare wheel, as well as the middle seatbelt in the rear, and adds Hyundai’s Intelligent Stop and Go start-stop system, along with 13-inch steel wheels shod in low-rolling resistance tyres. It’s the only i10 to dip beneath 100g/km of CO 2 emissions as a result of all the measures.

Despite its spacious interior, the Hyundai is a tiny car by today’s standards, being short and narrow – so it should prove extremely easy to drive, manoeuvre, and park. 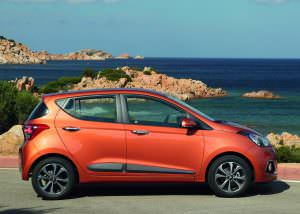 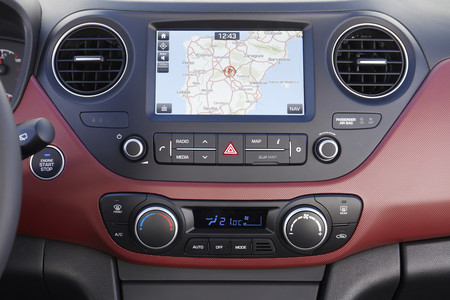 AAA AUTO reserves the right, at any time without prior notification, to change or remove any portion of the content of this website or mobile application.

AAA AUTO is not responsible for the accuracy, completeness, or updating of the website content, or for updating the offering of vehicles on www.aaaauto.eu. The vehicle database is updated at least once per week. Information on the availability of individual vehicles can be obtained by calling the customer line, using the electronic contact form on the vehicle’s card, or by visiting any AAA AUTO branch.

Please note that the price in EURO and other currencies is indicative only and is based on the exchange rate of Czech National Bank at the date 3.11.2020, setting off an exchange rate difference of 1% of the price in CZK. When buying a car at AAA AUTO, you will always get exchange rate at the day of purchase. – More info 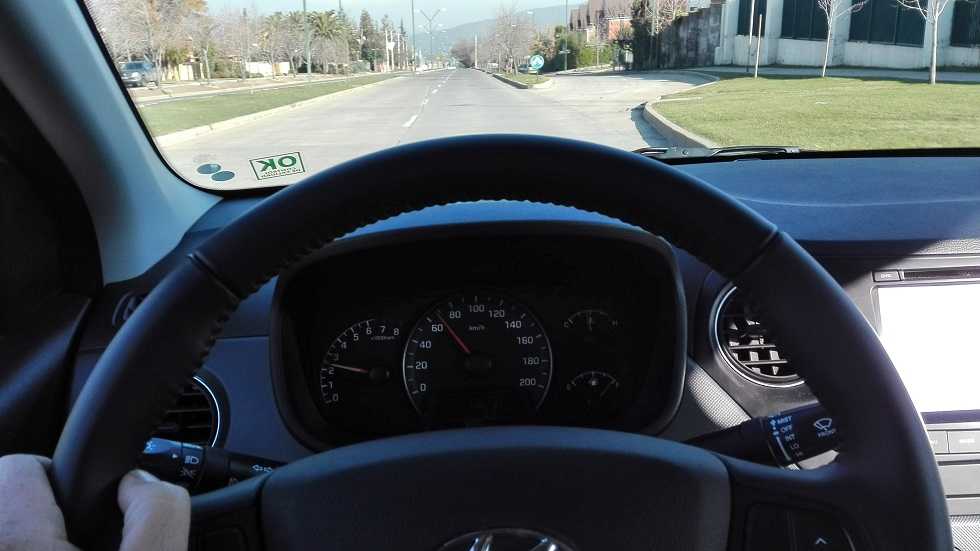 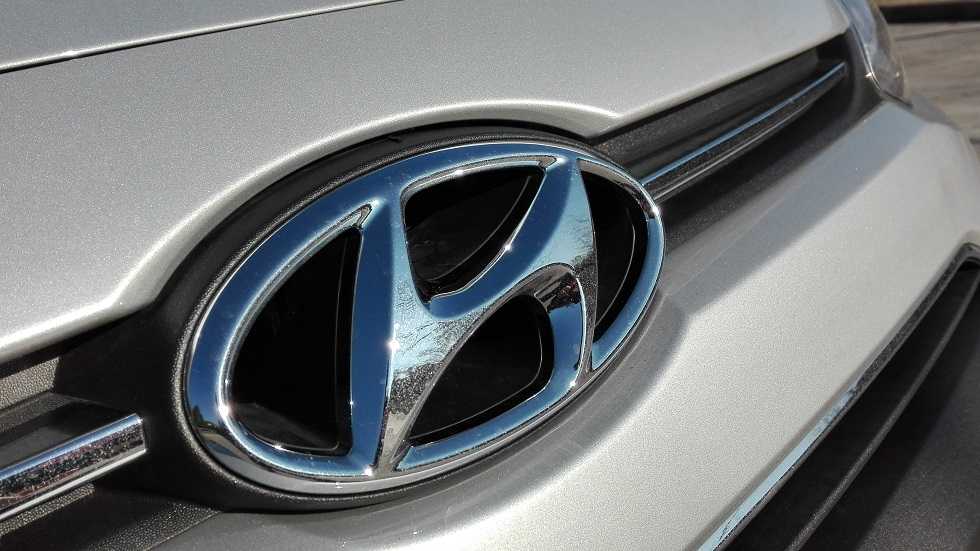